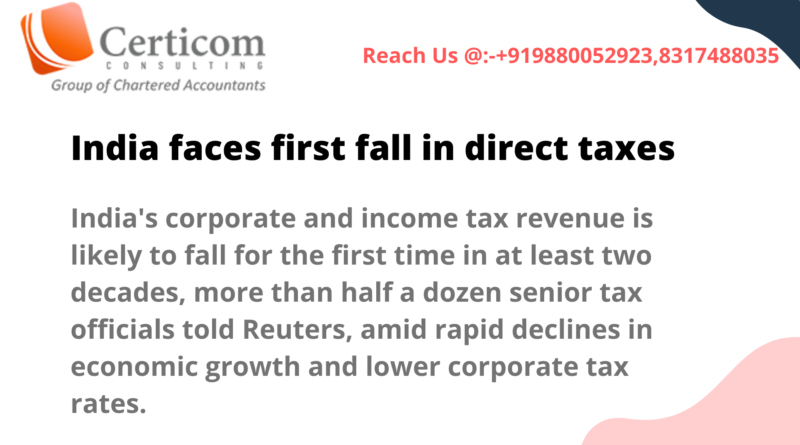 India’s corporate and income tax revenue is likely to fall for the first time in at least two decades, more than half a dozen senior tax officials told Reuters, amid rapid declines in economic growth and lower corporate taxes rate.

The government of Prime Minister Narendra Modi targeted for a direct tax collection of 13.5 trillion rupees ($189 billion) for the year ending March 31-a 17 percent rise over the previous fiscal year.

A sharp decline in demand, however, has forced companies to slash investment and jobs, dent tax collections, and prompted the government to forecast 5 percent growth for this fiscal year – the slowest in 11 years.

A senior tax officer said that the tax department was able to collect only 7.3 trillion rupees as at January 23, more than 5.5% below last year’s level.

In the final three months, authorities usually raise about 30 to 35% of annual Direct Taxes from businesses during advance for the first three quarters, according to estimates from the last three years.

Yet eight senior tax officials interviewed by Reuters said this fiscal year was likely to fall below the 11.5 trillion collected in 2018-19, despite their best efforts to steer tax collections.

“Forget about the target. That’s the first time we’re ever going to see the drop in direct tax collections,” a tax officer in New Delhi said.

He predicts that direct tax receipts will end up around 10 percent below fiscal 2019 for this year.

The government’s annual revenue projections usually account for around 80% of direct taxes, and the deficit will leave the government with the need to raise borrowing to meet its expenditure commitments.
Tax officials also say that another major reason behind the lenient tax collections is a surprise reduction in the top corporate income tax rate last year aimed at wooling the fabricators and raising investment in Asia’s third-largest economy.

“We will be very pleased if we can even breakeven with what we raised last year,” said another senior tax official in the financial capital Mumbai, the largest tax driver, which accounts for about a third of direct tax revenues. 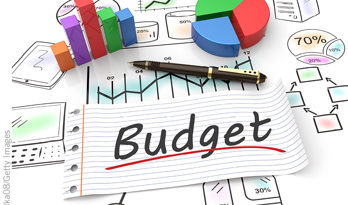 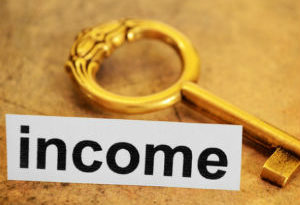 How to Calculate Total Income And It’s Detailed Info 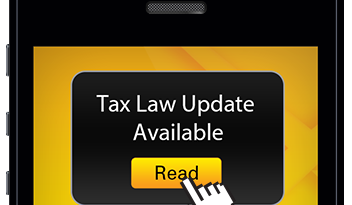