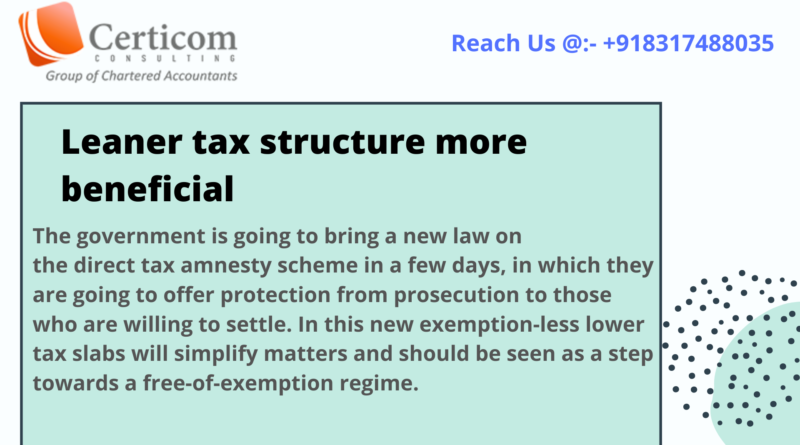 The government is going to bring a new law on the direct tax amnesty scheme in a few days, in which they are going to offer protection from prosecution to those who are willing to settle. In this new exemption-less lower tax slabs will simplify matters and should be seen as a step towards a free-of-exemption regime.

Which mechanism will be in the current dispute settlement scheme?

The government wants to reduce litigation and disputes. Stepping in that direction, the government has increased monetary caps for lodging lawsuits in multiple appeals courts. It also issued circulars for minimizing litigation. Continuing with that practice, the Government  have taken this measure to give taxpayers a one-time window to settle disputes pending before the Commissioner (Appeals), the Court of Appeals for Income Tax, high courts or the Supreme Court.

There are more than 4.8 lakh cases pending. The broad thrust is that whoever comes forward pays only tax. Interest and penalty are waived. Nor is there any prosecution. If there is a conflict over interest or fine, the taxpayer must pay 25%. The deadline is March 31. In the next quarter, the taxpayer can also pay, (but) 10 percent more.

Is that going to be separate legislation?

Yes, this will be a separate Law and it will get introduced very soon

Will the scheme cover cases gone into international arbitration?

Yes, If they want to settle down their dispute, whether it is an arbitration or legal fora it can be done, and they can start with a clean slate.

The rights of citizens will now come within the law. How is that going to work, considering the random levies by tax department?

Taxpayers ‘ rights still will be there in the form of a citizens ‘ charter, but it was more of an administrative mechanism. It will give the taxpayer a psychological boost — that I have the right to certain expectations, certain time frames and it is the tax administration’s duty to achieve it within that time frame. It’s a momentous move forward. We’re one of those few nations to do it.

As for the allegations of being arbitrary, there may have been cases in the past but now, with all the questions sent electronically or queries raised, I’m sure it will be a thing of the past. We had a faceless assessment that is not only structured but also supervised and team-based. We’ve tried whatever objectivity we might try to instill in this program, and that’s the way forward.

What does this proposed plan of decriminalization involve?

The government came out on prosecution already with beneficial circulars. We’re interested in pursuing customary default cases or (those) with very high-income implications. The Government’s entire strategy now is to confidence the taxpayers, let them come forward and perform their duties freely and reasonably.

There are a number of provisions for prosecutions. Will they stay?

There are provisions but there are also other inbuilt limitations. Government is  also seeking administratively to see that only frequent criminals are viewed differently, along with situations where there are more income implications 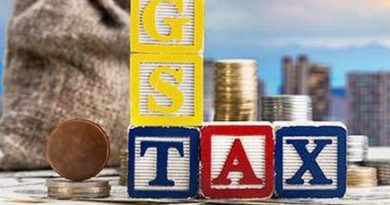 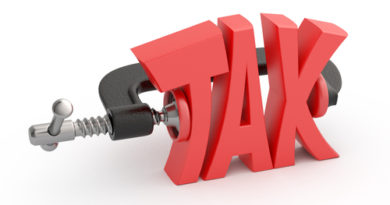