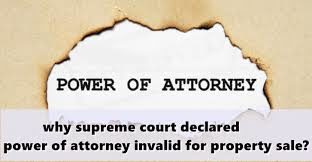 NO PROPERTY SALE ON POWER OF ATTORNEY

Property sales through the common practice of general power of attorney (GPA) will not give ownership title to the buyer.

In a landmark judgment that is expected to send a large number of property owners into a tizzy, the Supreme Court held that the GPA method of immovable property sales is not a valid form of transfer of property. 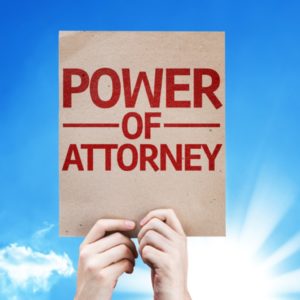 A three-judge bench presided over by Justice R. V. Raveendran said that property can be lawfully transferred only through registered sale deeds.

A power of attorney is not an instrument of transfer in regard to any right, title or interest in an immovable property.

However, the bench said the judgment will not affect “genuine transactions” under the GPA.

The judgment delivered on Wednesday would have an impact on both freehold and leasehold properties and affect the mode of transfer of property in Delhi and the National Capital Region (NCR) where GPA sales are very common. Even though it can cause some hardship to those who have already purchased property through the GPA, the order will help curb evasion of duties, the flow of black money into real estate and also save people from being cheated by unscrupulous owners selling the same property to several people.

The court’s decision will help to curb the circulation of black money to some extent in the real estate sector where titles are manipulated. Besides, many property transactions where prices are rounded off will be affected. However, overall there won’t be any significant impact on normal property sales.

The apex court said there can be no mutation of property in municipal and revenue records on the basis of such documents. The bench, however, clarified that its order should not be a ground for disturbing mutations already affected by the Delhi Development Authority (DDA) or any other authority.

But, there is little relief for thousands of people who hold property without mutation as GPA sales can only be treated as existing sale agreements. An application of the order with prospective effect would have protected their interest. The court, though, stressed that it had merely reiterated the well-settled legal position that such transactions cannot be treated as completed transfers.

The court could not make the order applicable with prospective effect as it had not laid down any new law. However, it said that those who had already bought property through GPA before its judgment could use the documents to apply for regularization of allotments and leases by development authorities.

Nothing prevents affected parties from getting registered deeds of conveyance to complete their title. The said transactions may also be used to obtain specific performance or to defend possession under section 53A of TP (Transfer of Property) Act.

In order to ensure that GPA continues to serve its purpose, the court said its judgment will not affect the validity of sale agreements and powers of attorney executed in genuine transactions.

A person can enter into a development agreement with a land developer or builder for developing the land either by forming plots or by constructing apartment buildings. In that connection, he can execute an agreement of sale and grant a power of attorney that will allow the developer to further sell the property to prospective purchasers.

While hearing a matter on the subject, the court had decided to clarify the law on the issue as such transfers had not only led to evasion of stamp duty and registration charges but had also provided scope for investing black money in real estate. Besides, such transfers were giving nightmares to bona fide purchasers as the same property could be sold to several people in the absence of verification or certification of title. A proper verification of ownership was possible only if all property were transferred through registered sale deeds.

Noting that such transactions were now not just limited to Delhi but had spread to neighboring areas, the court had sought the views of the Centre and the states of Delhi, Haryana, Punjab and Uttar Pradesh. There was a near unanimity that such transactions should be discouraged as it caused loss of revenue and increased litigation due to defective titles.

Going into the legality of such transfers, the court said any contract of sale which was not a registered sale deed would fall short of the requirements of the relevant provisions of the Transfer of Property Act and could not confer any title.

The court said a transfer of property by way of sale could only be by a sale deed.

In the absence of a deed of conveyance (duly stamped and registered as required by law), no right, title or interest in an immovable property can be transferred. 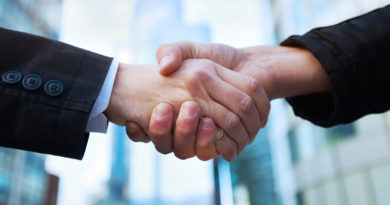 Certicom Consulting Comments Off on Banks to bear extra cost

How can You save tax?

Certicom Consulting Comments Off on How can You save tax?