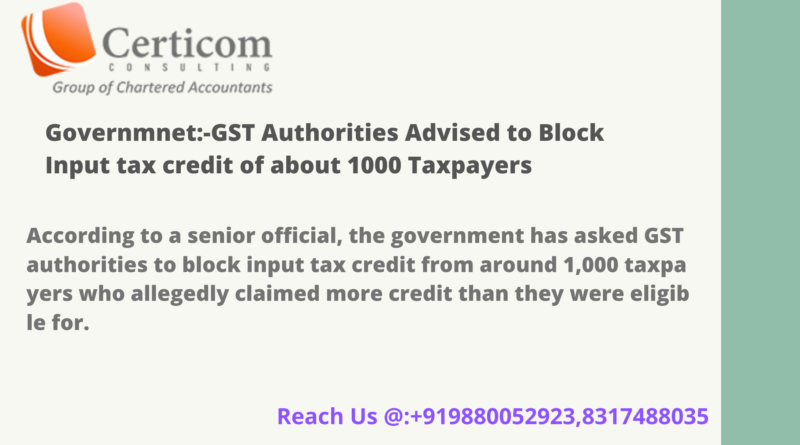 According to a senior official, the government has asked GST authorities to block input tax credit from around 1,000 taxpayers who allegedly claimed more credit than they were eligible for.

The Central Board of Indirect Taxes and Customs has asked each commissioner to classify top 20 taxpayers with the highest difference in input tax credit based on purchase-related GSTR-2A and overview GSTR-3B returns, the official said on anonymity status.GSTR 2A is automatically generated on the GST portal for each sector, while GSTR-3B is generated by taxpayers every month.

All commissionerates must block the input credit for the top 20 taxpayers showing a disparity between the two returns, the official said, adding they will not be able to adjust their credit against their future tax liability.Input tax credit is the tax payable on inputs, which can be adjusted against future tax obligations.

As it falls short of its tax collections projected in the budget, the government is increasingly looking to test evasion and plug revenue leakages.In December, since invoices or debit notes are not reflected in GSTR-2A and GSTR-3B returns, the GST Council lowered the amount of credit that can be used to 10 per cent from 20 per cent.That was the second such cut in October last year, after it capped it at 20 percent.

Coercive measures like blocking taxpayers ‘ input credit are only taken when the government has reasonable grounds to suspect fraud or tax evasion, Krishan Arora, a Grant Thornton India LLP partner, said.“With credit access restrictions of 10 percent already imposed, any further drastic measures such as blocking the credit pool are likely to cause undue hardship, at least to compliant assesses.”

The taxpayers identified by the tax authorities will be given a chance to explain the discrepancies in returns, the official quoted earlier. If found guilty, tax duties from these taxpayers will be recovered, he said.

Apparently, the logic behind blocking credit seems to be plug cases of fake credits, said Abhishek Jain, an EY India partner. Nonetheless, after making sure that the credits are bogus and real taxpayers do not suffer, Jain told BloombergQuint 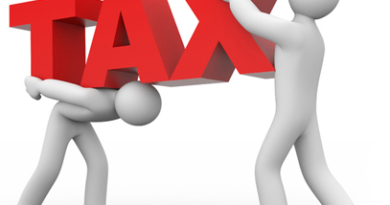 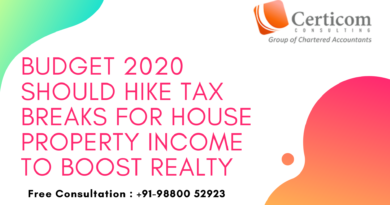