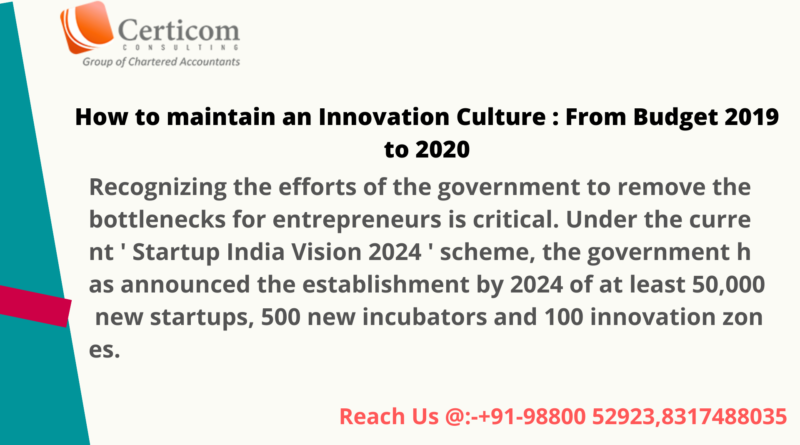 Recognizing the efforts of the government to remove the bottlenecks for entrepreneurs is critical. Under the current ‘ Startup India Vision 2024 ‘ scheme, the government has announced the establishment by 2024 of at least 50,000 new startups, 500 new incubators, and 100 innovation zones.

With the beginning of a new year, maybe now is a timely time to take stock of how the 2019 Union Budget has influenced the startup community. Six months later, let’s remember the start-up budget highlights.

Among the sop bonanza provided to startups was the freedom from the angel’s tax heat. In an attempt to alleviate the difficulties arising from the controversial Angel Tax, the Minister of Finance declared that paragraph 56(2)(viib) of the Income Tax Act does not extend to a startup registered with the Department of Industry and Internal Trade (DPIIT). In order to further simplify the Angel Tax issue, the budget also stipulated that startups and their investors who file required declarations and provide information on their returns will not be subject to any sort of scrutiny with regard to sharing premium valuations. In fact, companies receiving funds from private equity firms and real estate funds are now excluded from oversight, in order to meet the demands of the burgeoning investment community.

In a positive turn for eligible startups carrying forward losses from previous years, the budget relaxed norms on meeting either of the two conditions: continuity of 51 percent shareholding or continuity of 100 percent original shareholders. The new provision will help start-ups offset tax liabilities until they start making profits, as well as recognizing that their shareholding pattern may change as start-ups mature.

The budget has given an enormous boost to women entrepreneurs a  which is appreciated. In addition to giving more loans with lower interest rates, the Stand Up India Scheme for Women Entrepreneurs was extended until 2025.

Other happy news for entrepreneurs includes an e-verification system to save start-ups from further scrutiny from the Income Tax Department, a dedicated television channel for start-ups, the creation of a grievance redress platform for start-ups and the extension of capital gains exemptions from the selling of a residential house for start-up-centered investments until FY 2021. Efforts are under way to update and streamline the complex structure of labor law in India into a consolidated bill.

Recent efforts by the government to remove bottlenecks for entrepreneurs must be noted. Under the current ‘ Startup India Vision 2024 ‘ strategy, the government has announced the establishment by 2024 of at least 50,000 new startups, 500 new incubators, and 100 innovation zones.

In an attempt to provide superior infrastructure or platform for potential innovators, the Reserve Bank of India (RBI) has announced the release of a proper system for real-time testing of financial products. As the platform proposed would serve as an instrument for entrepreneurs to test their business models, the highest priority will be given to protecting consumer interests

While the government can rightly claim that the budget is a move in the right direction to keep India at the forefront of the start-up revolution, there are still many challenges for entrepreneurs. The startup community believes, for example, that more can be done to relax the angel tax regulations and further improve the program.

The government also has to tackle pending ambiguities about the Income Tax problems of startups. For starters, investors are worried about the high 28.5 percent tax they will have to pay for startup investments.

Although angel tax will not apply to companies registered with the DPIIT, the law has not been eliminated entirely. While the government is in principle changing the taxation environment for entrepreneurs, according to PwC India, in practice startups can still be penalized for non-payment and evasion of the angel levy. Entrepreneurs are seeking further clarification as to whether the angel tax still applies to companies which have received IT notifications.

Given the current challenges, the outlook for India’s technology industry looks bright. The Fourth Industrial Revolution has certainly created a goldmine of prospects for business people all over the world. While India is poised to harness new technologies like AI (Artificial Intelligence), machine learning, IoT (Internet of Things), and blockchain, startups need to comply with the new digital period. Main players for India to achieve its $5 trillion economic dream. 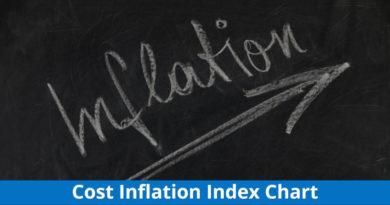 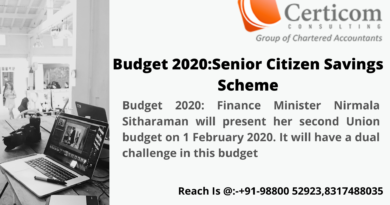 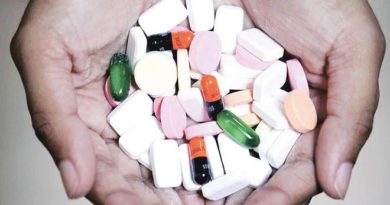