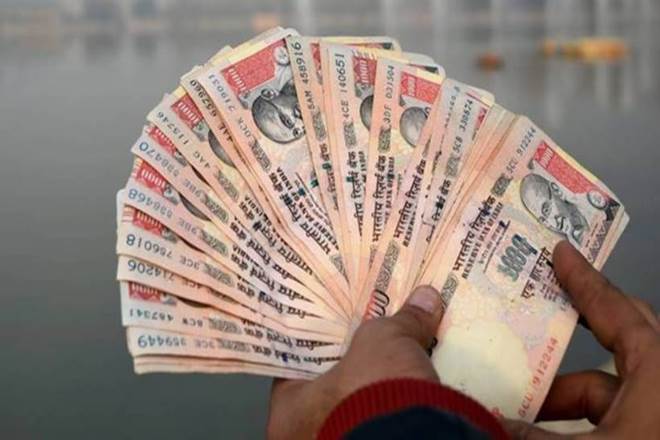 Two years ago, Prime Minister Narendra Modi put the entire nation in a frenzy. In one stroke, the government made Rs 500 and Rs 1,000 denomination notes invalid, leaving the country of 1.3 billion in a limbo.

As citizens queued up outside banks to deposit old currency notes in exchange for new ones, the digital payments ecosystem saw a huge opportunity to open up. Right after the prime minister announced the ban on high-value currency notes.

All payment and settlement systems – NEFT, IMPS, UPI, NACH, card payments, Electronic Clearing Systems as well as Forex and market clearing systems – have seen a 44.6 per cent increase in volume in 2017-18 and an 11.9 percent increase in the value of funds transferred.

In the annual report, RBI also said that during the financial year 2016-17, the volume of transactions through digital payment systems witnessed a 56 per cent increase, with the value of funds increasing by 24.8 per cent.

Transactions across the digital retail payment infrastructure, which includes card payments, UPI and others increased to 92.6 per cent in 2017-18, up from 88.9 per cent in the previous year. [Report here]

The growth of debit cards stalled after Demonetisation

From FY16 to FY17, the total number of credit and debit cards grew by almost 29 per cent, but this trend didn’t quite sustain in the next financial year. Card growth fell sharply in FY18, growing at 1.5 per cent, with total physical cards in the country standing at almost 900 million.

This can be attributed to the slow growth of debit cards post demonetisation, which showed less than 1 per cent growth between FY17 and FY18. Credit cards maintained an average 20 per cent increase year-on-year.

Debit card growth in the country is now back on track, having grown 13.6 per cent as of August this financial year. As of August 2018, there were a total of 1.02 billion credit and debit cards in the country. 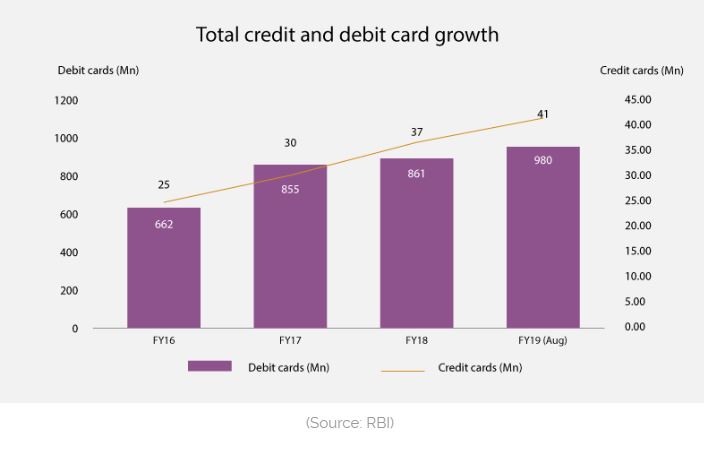 Acceptance of digital infrastructure has grown since demonetisation with the number of Point of Sale (POS) terminals increasing by 24 per cent from 2.53 million in 2016-17 to 3.08 million in 2017-18, according to the RBI. During the same period, the number of ATMs deployed by banks witnessed a marginal decline from 222,475 to 222,247.

The digital infrastructure still needs to expand as currently, for a total 1.02 billion credit and debit cards in the country, there are only 3.3 million PoS devices and only 228,422 ATMs.

That means for every 309 million cards in the country there is one PoS machine available as an acceptance point.

When it comes to digital payments, Unified Payments Interface has been the real winner.

Despite Prime Minister Narendra Modi pushing digital payments app BHIM which runs on the UPI infrastructure, the total volume of UPI payments stood at 17.9 million in FY17. And the value of funds transferred for the same period, stood at Rs 6,900 crore, according to the RBI.

Within eight months of this year, according to data from National Payments Corporation of India (NPCI), UPI transactions in the country have already crossed the 2 billion mark with a total Rs 3.42 lakh crore being transferred. 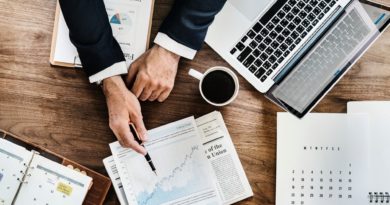 Want to register a software company in India?

Certicom Consulting Comments Off on Want to register a software company in India? 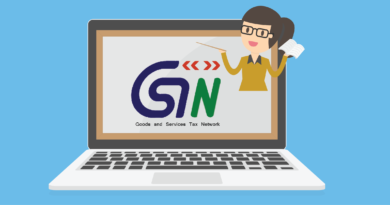